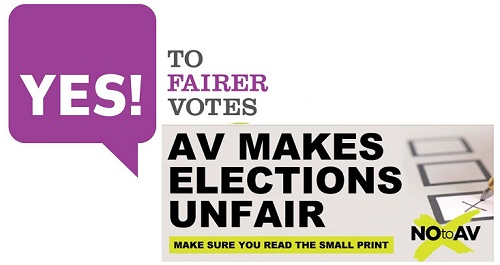 But were respondents conditioned by earlier questions?

There’s a new ComRes phone poll out on AV for Newsnight that suggests that voters are split on replacing the First Past the Post system with the Alternative Vote..

When asked do you want the UK to adopt the Alternative Vote system instead of the current First Past The Post system for electing MPs 41 percent agree while the same amount disagree.

This compares with a ComRes online poll at the weekend that has YES with a 10% lead.

The difference, I suggest, is that before the key question was put respondents were asked other questions that could have affected their response. Normally with voting intention questions you put it first to avoid this possibility.

First they were asked whether they agreed that “The system of electing MPs to the House of Commons needs major overhauling”.

The third question was whether they agreed that “Having coalition governments elected more frequently would be good for Britain”.

Then they were asked whether they agreed “In voting systems where people rank their choice of candidate, a person’s first choice should always count more than another person’s 2nd, 3rd or lower choice”.

Finally the key question was put.

The poll does not seem to have been past vote weighted.

UPDATE As has been pointed out on the thread the famous Sir Humphrey scene from Yes Prime Minster provides a pointed guide of how the preceding questions in a poll can affect the response. Watch it again here.