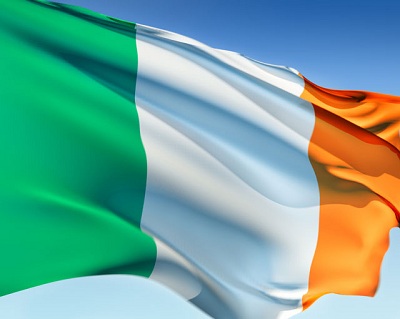 In the 2007 Irish general election, Fianna Fáil got 41.6% of first-preference votes. If the opinion polls are to be believed, the party’s vote share in the coming election on 25th February is set to collapse to something between 15% and 18%. That is comparable to the infamous collapse of the vote of the Progressive Conservatives in Canada in 1993, which saw that party wiped out from 169 seats in the Canadian Parliament to just two.

Luckily for Fianna Fáil, the Irish Single Transferable Vote system means that there is no danger of a comparable wipe-out in the Dáil. Nonetheless, it is beyond doubt that the coming Irish election will prove a major humiliation for the party.

Fianna Fáil’s unpopularity is hardly surprising. The party (latterly in coalition with the Greens) presided over the Irish banking crisis and economic catastrophe. Repeated assurances that Ireland’s economy and banks were sound proved hollow. Outgoing Taoiseach Brian Cowen has lost all credibility, and Ireland’s destiny is now effectively in the hands of the IMF and EU Stability Fund.

Yet many observers can’t believe that the collapse will be as bad as the polls indicate, at least in terms of seats. Fianna Fáil has been in government for 61 of the 79 years since it was founded, and has been the largest party in every Dáil over that period. Can it really be true that it will drop into third place in vote-share, not far above the 12% to 13% which the polls indicate for Sinn Féin? And even if it does, how will that translate into seats in the 31st Dáil?

A number of factors have been suggested that could mean things won’t be quite as bad as the polls indicate:

Shy FF supporters – Perhaps the polls are just wrong. Former Taoiseach Garret Fitzgerald wrote last week: “I am convinced that the polls have recently been underestimating Fianna FÃ¡il support – because in the present hostile atmosphere some party loyalists must be reluctant to admit to pollsters that they intend to vote for Fianna Fáil candidates.” Maybe, but I am not convinced there is any real evidence for this, and in any case the unpopularity of Fianna Fáil seems entirely rational.

Micheál Martin – In a messy putsch at the end of January, former Foreign Minister Micheál Martin ousted the unpopular Brian Cowen as party leader. Martin is relatively untainted by the financial crisis, and is personally quite popular – so much so that a recent poll showed him as the most popular choice for next Taoiseach (31%), well ahead of Fine Gael leader Enda Kenny (19%) and Labour leader Eamon Gilmore (26%). This doesn’t seem to have had much effect so far on voting intentions, but perhaps in the final couple of weeks of the campaign Martin will be able to claw back a little bit of the lost support, especially since Kenny has got himself in a mess by refusing to take part in a televised leaders’ debate.

Incumbency – Even if the national picture is dire, many pundits think that traditional local loyalties to Fianna Fáil candidates will mitigate the damage. This is a country where incumbency is sometimes measured in generations. However, the other side of that coin is that the party is the epitome of the Irish political establishment which is the target of so much anger. That may be particularly damaging in terms of getting transfer votes.

Lack of enthusiasm for their opponents – Fine Gael are hampered by the poor ratings of Enda Kenny, and in any case there is a weary acknowledgement that any new government will have little room for manoeuvre. Fianna Fáil may be unpopular, but there seems to be no great enthusiasm for the main alternatives.

So where should you place your bets? I’ll look at seat projections in a subsequent article, but in terms of first-preference vote share, I’m inclined broadly to trust the opinion polls, which have been very consistent over the last few weeks. Unless the party can pull off a remarkable last-minute recovery, it really does look that bad for Fianna Fáil.