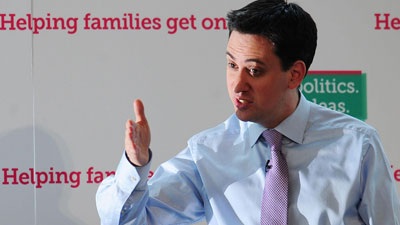 In Gateshead this week, Labour took another step on its journey to discover fresh political ideas. It is an objective that it is easy to say, but hard to achieve. If there has been a trend post-Thatcher, it is that politics has become more consensual, focussing on fewer ideas. Is Labour seriously attempting to reverse this trend? Can it really discover something fresh and create a winning formula?

Labour starts from square one. They have been missing a big idea for some time. One of the disappointing aspects of the last government was its failure to develop a new narrative. For thirteen years, earnest young men and women in left wing think-tanks published mountains of reports. Almost without exception they are unreadable, even with caffeine. There may be great ideas there, but it is impossible to find them. The language of the left is tired and bloated with technical jargon. Labourâ€™s urgently needs a new vocabulary.

Can the right show Labour the way? You may disagree with them, but they get people talking. Look at Cameronâ€™s statement on multiculturalism. Itâ€™s not just the government; even their think-tanks are provocative. It is impossible not to react when some bright young thing pops up on the telly challenging a beloved institution. The Tories benefit from this energy even if it embarrasses them occasionally. Labour needs to rediscover its own iconoclasts to bring its politics back to life. There are plenty of false right-wing assumptions to challenge.

If Labour discovers a big idea, is the UK ready for it? Not yet. Labour will have to repair its reputation in order to be taken seriously. But with todayâ€™s world changing so rapidly, there are bound to be opportunities. If the coalition fails, the public could be ready for as big a change as it was in 1979.

Even if the conditions are right, Labour will still have to overcome the political culture it helped to create. In our highly spun managerial politics, there is little room for big ideas. Whilst you can talk about â€œSputnik momentsâ€ in the US, here you have to engage in bus pass politics. As the coalition have discovered, a myriad of vested interests can derail any new idea.

Labour has a long way to go. Fresh ideas alone are not enough. Labour has to find the right ones and ways to explain them. It has to prove it can govern efficiently. But Labour is undoubtedly on the right track. It needs a fresh big idea. As Harold Wilson once said “The Labour Party is a moral crusade or it is nothing”.

Jonathan is a Labour activist from West Sussex