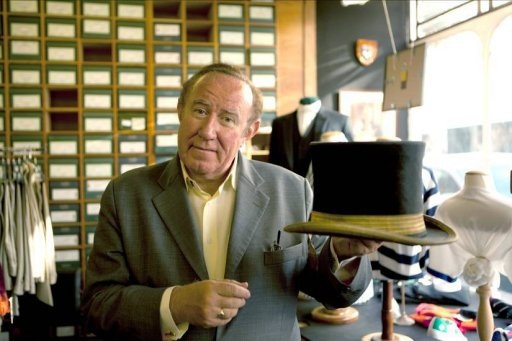 What do we think of the Andrew Neil programme?

One of the big talking points today, I’m sure, will be last night’s hour long documentary on BBC2 presented by Andrew Neil – “Posh and Posher: Why Public School Boys Run Britain”.

As the programme blurb states “David Cameron and Nick Clegg seem made for each other: Eton and Oxford meets Westminster School and Cambridge. But does the return of public school boys to the top of our politics say something worrying about the decline of social mobility in Britain?”

Andrew Neil goes on a journey from the Scottish council house he grew up in to the corridors of power to ask if we will ever again see a prime minister emerge from an ordinary background like his.”

The trend is not confined to the Tories and the Lib Dems. Labour’s long years in the wilderness ended when the party chose the public school and Oxford educated Tony Blair who went on to win three general elections. It was said that Blair made the middle classes feel that it “was safe to vote Labour”. They ditched him in 2007 and we all know what happened to the party last year.

The new shadow chancellor, Ed Balls, is a former public school boy who went to Oxford and whose father taught for a time at Eton.

To me the real problem with our political classes is that so few of them come from a working class background – something that’s been accentuated by the departure of Alan Johnson from Labour’s front bench.

Twenty years ago, when Maggie Thatcher was ousted, it was said that no one from a public school, certainly not Eton, would ever lead the Tory party again. It was his Etonian background that is said to have put the mockers on Douglas Hurd’s leadership bid and they chose John Major. Cameron confounded all of that with his 2005 leadership victory.

The question is does it all matter? I’m not convinced.