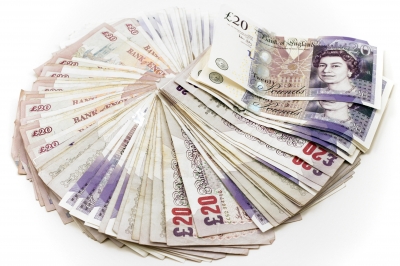 Just how untouchable is the City?

The explanation that the global recession was caused by a crisis in the banking industry has been oft-repeated by politicians over the last three years. Itâ€™s understandably attractive for them to do so. Not only is it a simple, plausible account of the cause of the problem but it also means that itâ€™s neither their fault nor that of the general public.

Consequently, bankers have had something of an image problem – and still do as although the recession is over, its repercussions are still being felt in terms of the deficit-reduction programme the government is engaged in. Their image hasnâ€™t always been helped by the attitude displayed by some of the more high-profile of their number and again this week, Bob Diamondâ€™s comments that the time for apologies from bankers was over was hardly well-judged.

Furthermore, there will during the next two or three months, be an unfortunate juxtaposition of the probable announcement of very substantial bank profits and bonuses for some on the one hand, and tax rises, spending cuts and redundancies for a lot more on the other. We will not all appear to be in this together and there the pressure on the government to â€˜do somethingâ€™ will grow.

The political danger is that if the government isnâ€™t seen to act adequately, the anger currently focussed at the banks will be redirected towards the coalition for letting the bankers â€˜get away with itâ€™.

Quite what it can or should do arenâ€™t easy questions to answer. Finance is a global industry and Britain canâ€™t afford to operate too punitive a regime as other centres compete for the business. Taxing too heavily could simply cause the banks to pass on the costs to their own customers while they maintain their profits and besides, taxing by definition removes money from the banks which runs contrary to the aims of building more robust capital bases and getting them lending again. So, for that matter, does paying whacking great bonuses.

So if taxing more is out of the question, the government will have to use a different tool. Fortunately, one is at hand if we accept that the problem isnâ€™t bonuses; the problem is profits. Without such huge levels of profit, there wouldnâ€™t be the money to pay bonuses on the scale that there are. The question is, how do (some) banks make such big profits relative to their turnover?

Banks generate wealth indirectly. When they work properly, they enable others to generate wealth by efficiently bringing together borrowers,Â investors and other interested parties, making funds available to the market, and correctly pricing and advertising risk and reward. For these services they charge fees, paid for by the companies that create the wealth directly. In an efficient market, there would be enough competition to bring these fees down to a level that produces returns broadly equivalent to that which the companies they advise and help finance get from their activities. Without that dynamic, the â€˜marketâ€™ exhibits all the features of a cartel and the fees are more akin to a tax on their clients – and ultimately, that means the public.

Thatâ€™s where the government may choose to strike. It canâ€™t continue to go directly for bonuses and has already levied banks specifically but a competition enquiry would be justified on its own merits, as well as having short- and longer-term political benefits.

The government will have some difficult announcements to make in the coming months. It has to get its approach to the banks right or else the notion that weâ€™re all in it together will fall apart – and the governmentâ€™s narrative with it. It ought to be pushing at an open door. After all, whoâ€™s going to argue the bankersâ€™ case? Bob Diamond?