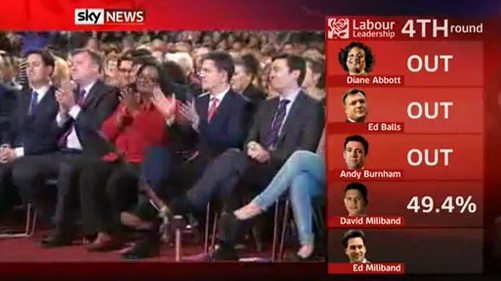 Is this why AV winners are not seen as being legitimate?

Aside from the build-up to next Thursday’s OES by-election two things have struck me most during the first week back after the holidays – the kicking that Ed Miliband seems to be getting in the media and the reactions here on PB to the elections for our poster of the year.

The common element to both is the Alternative Vote – the proposed change to the UK’s electoral system that will be decided in the referendum later in the year. For if Labour’s leadership elections had followed the First Past The Post system then David Miiliband, rather than his brother. would now be the Leader of the Opposition.

And I wonder if it had been David whether he would have had to endure the 42 minute ordeal that EdM went through on Radio 2’s Jeremy Vine show yesterday. For DM was the FPTP winner in Labour’s election by quite a margin and it was only after the lower preferences had been re-allocated that EdM took the crown in the last round.

It was this, combined with the effect of the union votes, that have added to the sense that his victory lacked legitimacy and I wonder whether that’s one of the reasons for his media treatment.

Plato’s victory in our site election was by the traditional method and she squeezed it by just one vote. We then had an unofficial re-run using AV when Plato lost out to Antifrank in the third round by quite a margin. Yet hardly anybody is suggesting that the first ballot was somehow wrong.

Could it be that FPTP is just too ingrained within our culture?