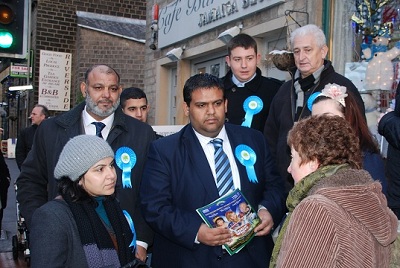 But what if yellows/blues are seen as having the best chance?

I’m coming to the view that the single most important event in the final week of this campaign will be the opinion poll, now expected at the weekend, and whether it shows the Tories or the Lib Dems as being best placed to beat Labour.

For the one reason why Labour are favourites in a seat which they won with 31.9% at the general election is that it’s assumed that the voting dynamic that happened then will also apply at the by-election – that the main anti-Labour vote will be split between the yellows (31.6% in May) and the blues (26.4%).

But what if that doesn’t happen and that supporters of the coalition parties get behind the party seen as being most able to stop Labour?

My understanding, and this is based on more than just Lib Dem sources, is that there has been a fair bit of support coming to the Watkins campaign from those who voted blue in May.

If that is shown in the one OES poll that we know is coming then there’ll be a lot of pressure on other Tory supporters to go with Elwyn as well.

Several bookies have now got markets on the relative positions on the Lib Dems and the Tories. Ladbrokes have a LD-CON match-up and make the yellows the 1/3 favourite.