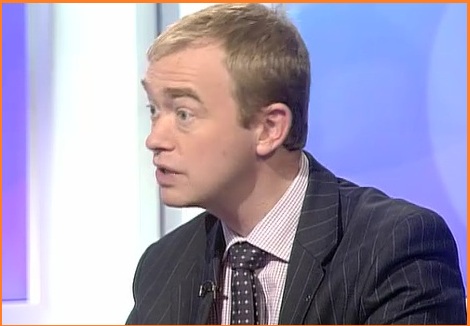 Has he become the party’s attack dog?

I must admit to have not been a fan of Tim Farron – the newly elected President of the Lib Dems and one of the leading opponents in his party in the university fees vote. But his fierce response to Ed Miliband’s overtures to the yellow this morning suggests that we are going to see a very different tone.

And because he’s seen as from the left of the party he’s in a position to say things that Clegg & co couldn’t.

Farron’s statement was: “Labour have just spent 13 years sucking up to Rupert Murdoch and George Bush – why would any sane progressive even give them a second glance?

As part of the coalition government, Liberal Democrats have started fixing Labour’s economic mess, taking millions of people out of Income Tax and reforming British politics. Things Labour had 13 years to do but failed to deliver.

The Liberal Democrats have also announced more cash for children from disadvantaged backgrounds, one of the biggest moves to improve social mobility in decades.

Continuing that work is something far more attractive to Liberal Democrats than helping Ed Miliband’s increasingly desperate attempts to work out what he actually stands for.

However, if he is serious about co-operation then the first thing he should do is stop the Labour Party’s attempts to block the referendum on electoral reform that he claims to support.”

This is just about the toughest language we’ve seen from the party about Labour since the coalition was formed and it represents a stepping up of the rhetoric. What this will do to the general position of the parties it is hard to say but it will give heart to the grass-roots.

Labour’s easy attacks on the Lib Dems are going to be a bit more difficult.