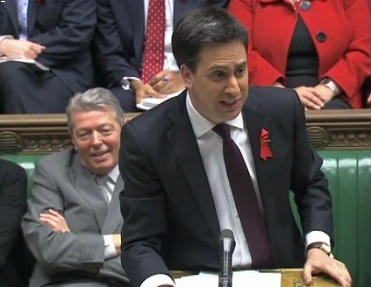 At some stage, surely, one of them has to give?

The Speccie’s James Forsyth has picked up on another airing in public of a policy disagreement with his boss by the shadow chancellor, Alan Johnson. The issue the latter’s continuing opposition to a graduate tax is reiterated again today in an interview with the Telegraph.

Clearly this is the issue of the moment and when Johnson tells the paper that ” .frankly, thereâ€™s a difference of view..I feel itâ€™s going to be very difficult to make a graduate tax a workable propositionâ€ that just makes his leader look weak .

As Forsyth goes on: “This must be so frustrating for Ed Miliband. First, it takes some of the heat off the Lib Dems who are all over the place this weekend on the whole university funding question. Second, it hands the coalition a set of easy lines with which to dismiss Labourâ€™s opposition to the increase in fees. Finally, it makes him look weak. Our political culture expects shadow Chancellors to follow the leader not to constantly set out their differences with him.”

A lot has been written about last Wednesday PMQs and what was widely seen as an easy win for the PM. It’s easy to portray this solely in terms of personality and debating skills but those surely are a mere trifle compared with the policy issue.

EdM will always struggle to raise things when the PM can throw back at him what the shadow chancellor he appointed barely two months ago is saying.