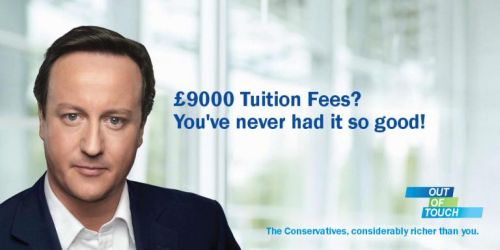 After only six months, the Web is giving the Coalition headaches. In the US midterms, the Web helped the GOP punish Obama, despite the presidentâ€™s reputation as a master of Web campaigning. In Ireland, the relentless scrutiny of the Web denied the government vital time and space to fix its financial problems. Berlosconi, Sarkozy and Merkel have all suffered damage from online rumours. Given the difficulties these administrations face, is Government possible in the Internet age?

Around 2004, half-way through Labourâ€™s term, a phalanx of anti-government blogging websites emerged. Usually attacking from the right, they thrived on any tit-bit of information that damaged the government. Preceding the credit crunch, their arrival coincided with the fall in Labourâ€™s popularity. Whilst there is no evidence that they alone caused Labourâ€™s decline, the mainstream opposition certainly benefited from their attacks. Arguably, their constant stream of opposition dented Labourâ€™s air of authority and contributed to the partyâ€™s defeat.

New Labour, invented before the Web went mainstream, certainly found it hard to react. Command and control media operations just didnâ€™t work anymore. It was impossible to rebut every claim on the Web.

Labour didnâ€™t appear to know what to do. Official online efforts either tanked or were counterproductive. Unofficial pro-Labour websites found it difficult to find their voice and compete with a vocal, angry opposition.

Six months into the Coalition, the Web is enjoying a fresh target. The boot is firmly on the other foot. We had a preview during the election campaign when the Tory posters were hijacked (see above). In the face of Web opposition, are the Tories and the Lib Dems faring any better than Labour?

Itâ€™s early days, but there are no signs that the Coalition has made any progress. The government has been outmaneuvered by the NUS tuition fees campaign. The demise of Lord Young owed much to the speed that his comments spread across the world. Like Labour, the Coalition is struggling with its online message. We are yet to see a government prosper in the Internet age. One wonders how Major or Thatcher would have got on. TV killed a certain style of politics, has the Web done the same?

One final point. Perhaps one day soon, somewhere, a government will work out how to use the Web to its advantage. When that happens, the fun really starts.