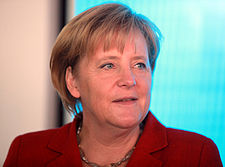 A guest slot from Richard Nabavi

Any government can be rocked by external events. The MPs’ expenses scandal and the banking crisis dominated much of Gordon Brown’s time in No 10. Whilst we don’t yet know what surprises lie in store for the present government, there is already one crisis which could be a big factor in determining the next election. That is the unfolding financial turmoil in the Eurozone.

For the coalition, the big danger is that a recession, or worse, in Europe will damage the recovery here, through direct effects on our exports, contagion to our banks, and by the effect on business and consumer confidence. A background of rising unemployment and little or no growth would clearly not be good for the electoral prospects of either coalition partner. Voters don’t tend to be very forgiving if the economy does badly, even if the underlying causes are external. George Osborne’s measures for cutting the deficit will be blamed if the economy falters. In addition, UK participation in bail-outs of our European partners will not be popular.

But Labour also has much to fear from troubles in the Eurozone. The Ipsos-MORI opinion trackers show that the British public is more and more aware that excessive debt levels, and governments running large deficits, are not sustainable. Labour is in grave danger of being increasingly seen as being on the wrong side of this argument, as people see on the TV screens the eventual catastrophic effects of debt problems in other countries.

For the LibDems, though, there is one potential upside. They have said that the crisis in Greece caused them to change their minds about the need for early measures to address the deficit. So far, that excuse hasn’t been well received by many of those who voted for them, but it is looking increasingly plausible as the crisis in other countries unfolds.

Meanwhile, the real action is taking place in Germany, Brussels, and the ECB. It is decisions made there which will determine whether the Eurozone muddles through this crisis intact. There is certainly huge political pressure to avoid any countries leaving the Euro, but itÃ­s not clear that that is realistic. The key player here is Germany, which will have to foot much of the bill whatever happens. Angela Merkel is caught between the perceived political necessity to protect the Eurozone, the increasing opposition in Germany to bailing out what are seen as irresponsible European governments, the legal constraints of the German constitution, and the brute economic facts.

It looks highly likely that Germany will insist on major changes to the structure of the European Union, perhaps moving more towards a two-speed Europe and a more tightly-integrated core Eurozone. And that, in the medium term, may be the biggest effect of all on UK politics. It is a threat to Cameron, because the last thing he wants is a revival of Tory civil war on Europe. But it is also an opportunity for him to reshape BritainÃ­s relationship with the EU; he could, for example, use the crisis as a lever to grab back a veto on regulatory measures which might damage the City, by far our most important industry.

So forget gaffes by Tory grandees or froth about Andy Coulson. Angela Merkel, Wolfgang Schauble, Jean-Claude Juncker and Jean-Claude Trichet will have a much bigger influence on the next UK general election.

Richard Nabavi was the 2009 PB Poster of the Year