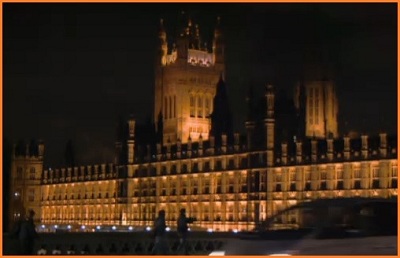 Plato reflects on the ending of political careers

Falling on your sword for the good of the Party has never been a popular career choice for an aspiring politician, but are our MPs any less honourable than their predecessors?

Most careers ending in ignoble resignation fall into four categories â€“ a tabloid sex scandal, money and favours, a massive gaffe or a visit from the boys in blue. Simple incompetence barely registers, as the cross party praise for Estelle Morris demonstrates.

The last minister credited with doing â€˜the honourable thingâ€™ was Lord Carrington in 1982. Being asleep at the wheel as the Argies invaded made this almost inevitable â€“ yet the swift resignations of Carrington and his Foreign Office ministers marked them out as men of integrity.

By way of contrast, only a year later – Jim Prior hung on as SoS for NI when over 30 IRA prisoners escaped from the Maze. Would Ken survive today if theyâ€™d been Islamic extremists?

As John Major knows well, when a government gets on a scandal roll, it is impossible to stop. He lost more front-benchers than any other PM, and even today we still recall Aitken, Hamilton and Mellor. Fortunately for the PM, his affair with Edwina remained a secret until he was out of office.

When it comes to philandering, Tories are expected to resign promptly when caught, whilst Labour ministers simply carry on [unless badgers are involved]. Liberal Democrats are of course in a league of their own when it comes to dogs, rent boys or running off with former lesbians.

Cecil Parkinson resigned when caught with his secretary – Robin Cook unceremoniously dumped his wife from the airport instead. Prescottâ€™s antics covered acres of newprint, yet he remained as DPM. Would Clegg get away with something similar?

Why is there such a difference in attitude by the parties and do their supporters agree with them? Have Labour voters forgiven or forgotten the sleaze under both Blair and Gordon?

And finally, the fall from grace of Lord Young over a gaffe shows how important public perceptions are when it comes to policies and party attitude, even for an unpaid advisor.

Will the Coalition herald a â€˜new politicsâ€™ when it comes to resignations? The departures of David Laws and Lord Young seem to indicate so. And how will Labourâ€™s new leader respond?