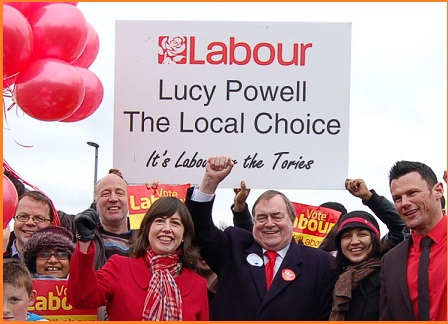 What would being a by-election loser do to her career?

One person who is being strongly tipped to be Labour’s candidate in Oldham East and Saddleworth is 36 year old Lucy Powell of whom great things were being said before the May 6th general election.

She’s not a local but from South Manchester and was candidate in Manchester Withington – a seat which Labour felt pretty confident of taking back after the shock loss to the Lib Dems in 2005. Alas she failed and the Lib Dems increased their majority.

The decision for Lucy is whether she should ditch her home constituency and fight in Old & Sad which on the face of it looks like a pretty good bet for Labour. She’d get into parliament this year without having to wait until the next general election.

But what if she failed? What would that do to her career – for collecting the tag of being a by election loser in what appears to be a safe seat could impede her progress for years to come.

Given the importance, particularly in by elections, of “being a local” you can see pictures like the one above being featured by her opponents with suggestions that she is not really committed to Oldham East & Saddleworth. Although Withington is not that far in terms of miles from Oldham there is world of difference to locals.

When the campaign actually starts it ain’t going to be pretty.