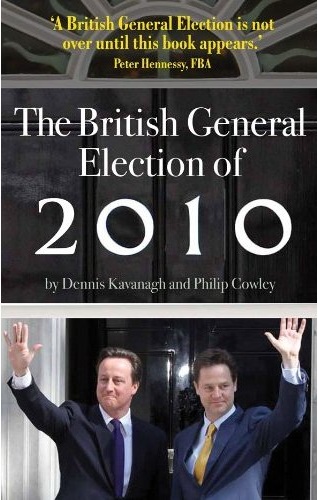 The publishers of the Kavanagh/Cowley General Election 2010 book have given PB a copy for a competition prize.

So can you guess the numbers in tonight’s YouGov daily poll which will be out at 10pm. Please post on the thread giving the shares for the three main parties and the government approval/disapproval figures.

The competition will be decided by who is the least wrong. So if you have CON 41: LAB 38: LD11 and 41% approve and 43% disapprove your score is the aggregate of how far you are out with the five numbers. The lowest aggregate is the winner.

If there is a tie then it will be the first to post who wins.

Because I can’t be arsed going through the entries you will need to make a claim by email to me if you think that you have won. Claim emails must arrive by noon tomorrow stating the time of your entry and your score. The email should be titled Competition Claim.

If there is any dispute on anything my decision is final.

Only one entry is permitted per person.

Entries will be allowed until 9.45pm