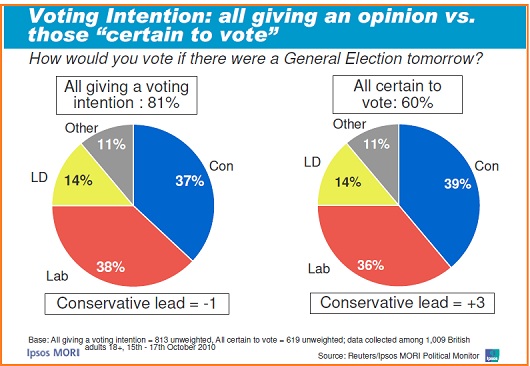 The monthly Ipsos-MORI monitor for Reuters is just out and has encouraging news for both the Tories and Ed Miliband – as the charts above show.

As seems to be the pattern now the non-YouGov polls are showing the Tories and Labour on lower levels than we see daily in the News International surveys by YouGov.

The MORI methodology is different from all the other pollsters. There is no weighting to try to ensure a politically balanced sample. Instead their headline figures are based on those “certain to vote”.

MORI has been polling for longer than anybody else and has a good eye, like with the leader of the opposition ratings chart, for pulling out good historical comparisons.