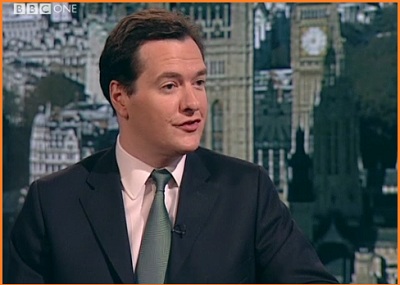 Could Osborne’s plans be too much for one or more to stomach?

The coalition has been in office for five months and seven days and the only ministerial resignation, the one by David Laws, had nothing to do with the policies that the partners were pursuing.

But could all that change on Wednesday – the day when George Osborne presents his statement to the commons? Could this be right time for the faint-hearts, if there are any of them, to resign from the government?

Maybe I’ve got this quite wrong but the Lib Dems in the cabinet look as though they want to stay. Vince Cable is often fingered as a likely resigner but I’m far from convinced. He statement of university fees last week with the dramatic U-turn that that entailed was one of the parliamentary performances of the year.

There might be a potential resigner amongst the non-cabinet level Lib Dem ministers but I’m not aware of any rumblings.

What about the Tories? Fox has won his big battle on defence and it’s hard to visualise any others making this gesture on Wednesday itself.

Smarkets has a market up and you can get about 3/1 that someone will resign to coincide with the statement. I don’t think that this is a good bet so I’m keeping well away.