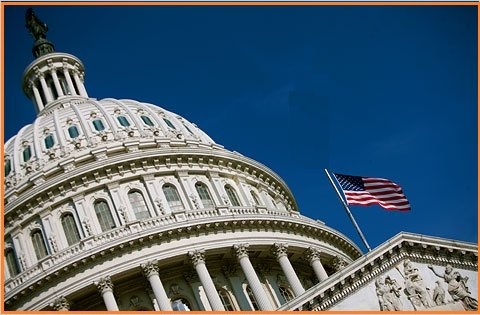 As we get closer Tim T looks at the prospects

These mid-terms started with the 109th Congress. By 2006, deficits and scandals meant libertarians and socially liberal fiscal conservatives had little reason left to vote Republican. The GOP deserved to lose the House and Senate â€“ and they did.

By 2008, both the Bush and GOP brands were toxic. Even so, McCain nearly won â€“ in early September, he led in the polls. 3 gaffes cost him dearly: admitting his disinterest in economics, Palin, and his reaction to Lehman failing. Once Obama looked presidential in the debates, McCain was toast.

While Obama won by only 7%, it was viewed as a landslide (the filibuster-proof majority in the Senate and 21 House gains fed this view). The GOP was spent, leaderless and bereft of ideas.

Obama ran on Hope and Change, running from his liberal record and posing as post-partisan/post-racial. He emphasized the economy. This is what an electorate fed up with partisan Washington and fearful for their jobs wanted to hear.

So where did it go wrong? With unemployment at 9.6% and anaemic GDP numbers, the economy is the immediate concern. But that is not how it went wrong. Obama misinterpreted the election results â€“ he thought the â€˜landslideâ€™ was a mandate for big government rather than a massive repudiation of the GOP.

Thereafter, he made a catalogue of errors, the greatest being to ditch Change (post-partisanship) as the recession was killing Hope.

The Tea Party only flourished because Hope and Change did not happen and the GOP was spent. They were caricatured as nuts being manipulated by the GOP. Wrong on both counts. Certainly some are nuts, but the core message of smaller government/fiscal conservatism has broad resonance. The Tea Party used the GOP, not vice versa, and gave the GOP its moxie back.

Disillusionment with both parties and resonance of the Tea Party message are what have driven this cycle. Both old parties tried to frame this election, but the Tea Party succeeded in making it a referendum on Obamaâ€™s big government project.

The Democratsâ€™ series of response strategies have failed serially:
– vote for the agenda! The public does not like it;
– no return to Bush! Deficits have grown bigger under Obama. Obama now owns the economy. Bush isnâ€™t on the ballot;
– GOP candidates are loonies/extremists!
– voters are stupid/not serious if they donâ€™t vote for us!!!
– stay the course!

The electorate is 20% liberal, 35% moderate (mostly fiscally conservative), 42% conservative. Of those who voted for Obama, stay the course only appeals to the liberals. Obama doesnâ€™t get that the electorate does not want his agenda and he hasnâ€™t the patience or talent to do empathy. This continues to hurt Democratic candidates.

The congressional battle is almost entirely on Democratic ground. How bad it will be depends on turnout and whether LV weightings are correct. The wave will hit the House hardest, but will also be felt in the Senate. The Governorsâ€™ races might escape being referenda: here the Democrats can hope for their best results.