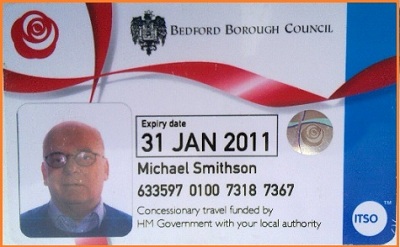 There can be little doubt, surely, that those higher rate tax-payers of 60 and above who have senior bus passes are going to get clobbered next Wednesday in George Osborne’s cuts package.

This was a universal benefit announced for all people of 60 and above in England during that hectic month of September 2007 when Gordon Brown was planning for an early election. It came into operation the following May and allows seniors to travel for free on buses anywhere in England irrespective of whether they are poor or well off.

For those living within the area covered by the Greater London Authority the pass is even more valuable. The scheme was bolted onto Ken Livingstone’s hugely popular “Freedom Pass” scheme which allows older people to travel for absolutely nothing not just on the buses but on trains, trams and the underground as well.

But there is already an anomaly – that’s only for London residents. Those from outside the capital can, when in London, use their passes only for buses and not the city’s other forms of public transportation even though these receive massive support from central government.

If George Osborne wants to penalise pass-holding seniors in the higher tax-band then my guess is that a notional value will be put on the facility which will be paid via the income tax system. The last thing they want is for the local authorities who issue the passes to be involved in means testing.

But will the level that’s applied be universal across England or will a higher rate apply for those in London?

If Osborne does the latter he’ll really hack-off the over-60s in the capital. If not then he’ll upset oldies elsewhere who’ll claim that their passes are much less valuable.

As well as the London differential the value of the scheme is very much dependent on the quality of local bus services where people happen to live. In Bedford, where I am, services stop at about 8pm and there are no local buses on Sundays. In Manchester and other big cities there are comprehensive bus services 24/7.

You can see a whole pile of dung ahead that will have to be circumnavigated. For the big difference between stay-at-home mums and people like me is that we are much more likely to vote – and the blue victory in May was based on the oldie vote.