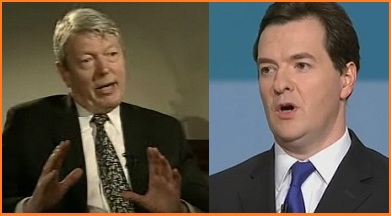 Is the “commentariat” underestimating Johnson?

At just after 2.30pm in the commons this afternoon the new shadow chancellor in Ed Miliband’s line-up, Alan Johnson, takes on George Osborne in their first treasury questions. There’ll be many, no doubt, including those sitting on his side of the house who’ll be thinking that Labour would do better if Balls or Cooper had been there instead.

Winning the economic argument looks set to be absolutely central to the general election and Labour, many have maintained, should be represented by their best economist. The general view of those who get paid to comment on these things is that non-graduate and non-economist Alan Johnson will be an easy prospect for Osborne to deal with.

I think that this is completely wrong and grossly underestimates Johnson’s abilities and overestimates the “threat” posed by Balls or Cooper.

The Wall Street Journal’s, Iain Martin, had this right in a weekend posting.

He wrote: “If Balls or Cooper was in Johnsonâ€™s place, it would be a problem for Osborne but one that could be dealt with in a straightforward way. Both would have torn into him like a hurricane. Osborne would have had a tailor-made dismissive response: ignore the rage and noise of the Brownite â€œdeficit deniersâ€. He canâ€™t say that with Johnson.

The new shadow Chancellor has some formidable weapons at his disposal: charm, good humour and the potential ability to connect with voters by presenting himself as a figure who understands the concerns of working families who donâ€™t live in the super-affluent part of west London. The contrast between the working class former postman Johnson and the wealthy Cameroons, about to announce deep cuts, will make for an interesting dynamic… It is going to be absolutely riveting to watch.”

It’s also the case that the qualities required are political rather than economic and on this count Johnson is well ahead of the competition.

On top of this those backers of Balls or Cooper miss something else – Balls or Cooper as shadow chancellor would have given the impression that Ed Miliband’s Labour was “Continuity Brown” – something that the new leader was very keen to avoid.