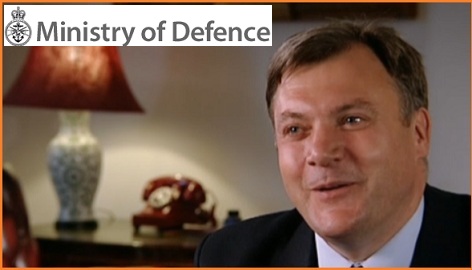 Could Liam Fox be given the Michael Gove treatment?

Yesterday I had a fascinating conversation with a well connected Lib Dem about how Ed Miliband should allocate portfolios in his new shadow cabinet line-up.

He argued that the new leader’s main priority should be to use the talents he has at his disposal to maximise problems for the coalition. For Ed Balls he came up with the surprising suggestion of shadow secretary of defence.

His view was that the most vulnerable part of the coalition’s ministerial and policy line-up is in defence and that Ed Balls, as we’ve seen at education with Michael Gove, is the one Labour figure most capable of exploiting differences and causing trouble.

Not only do we have the tensions between the coalition partners over the Trident replacement but we have a defence establishment that is hugely successful at getting its case across in right-wing papers like the Telegraph and Mail. The “support our boys” line is very powerful.

He said: “These are the big issues at the moment and ones which can touch a raw nerve. Ed Miliband wouldn’t do it, of course, because asking Balls to follow Bob Ainsworth would hardly seem a plum job for the man who came third in the leadership contest – but it’s defence where the coalition’s weakest links are and where Balls’s talents could be best used”, he said.

The defence secretary, Liam Fox, of course, came third in the last Tory leadership contest and remains a potential challenger to Cameron if things go wrong. He’s the current favourite for next Tory leader on Betfair.

He’s also high up in the betting on the next cabinet minister to leave.