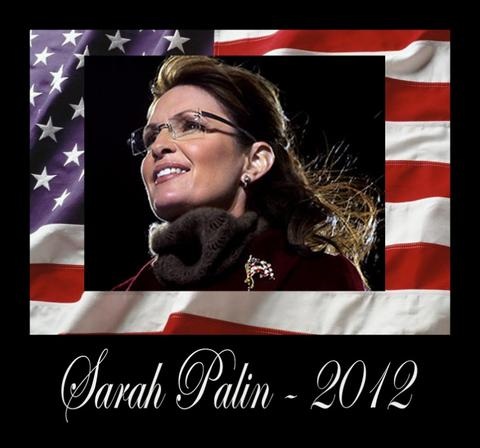 Do the 2010 primaries give her hope to make it all the way?

This time next year, weâ€™ll be well into the pre-primary season across the Atlantic and from the midterms so far, itâ€™s shaping up to be a fascinating contest, with the Tea Party shaking up any number of races.

Without getting too far into the detail, the scale of the inroads the Tea Party has made against incumbent politicians has been impressive. While a lot of the media and establishment focus has been on the more maverick element (not surprisingly – they give the best stories), not all TP-endorsed nominees are wacky grassroot novices.

They may yet go further: one of the highest profile battles will be the Nevada Senate race where polling has it neck-and-neck between Majority Leader Harry Reid and TP-backed Sharron Angle. Inevitably, her opponents label her, as with other TP-ers, as â€˜extremeâ€™. Whether that tactic will work in Nevada and elsewhere will have a large bearing on the congressional outcome. Thereâ€™s also an obvious parallel with the incipient 2012 presidential race.

Sarah Palin is an outsider, portrayed as inexperienced and extreme (not without some justification, it has to be said). Sheâ€™s also probably played the Tea Party game more cannily than anyone else, backing several successful TP candidates in the primaries but not exclusively – she favoured her old running mate John McCain in Arizona as well as the establishment candidate in Iowa. That gives her a useful foot in both camps though it will take a careful balancing act to ensure she doesnâ€™t end up distrusted by one or both.

Which brings us back to 2012. There is talk she wonâ€™t run; I donâ€™t believe it. If she doesnâ€™t go this time, she probably never can. In six years, the Tea Party will have blown itself out one way or another. Either its internal (non-)policy contradictions will tear it apart or it will become a part of the establishment and so lose its purpose. Likewise, if someone else runs this time, they will grab pole position for 2016, just as she put herself so much in the picture for 2012.

They might even win, as Clinton did against Bush senior, when other Democrats such as Mario Cuomo sat it out, thinking that Bush would be unbeatable after the Gulf War and Quayle a far easier target in 1996. The bookies make the race very open: Obama is evens with William Hill and narrow odds against on Betfair. This, however, is two years out and a lot can happen in that time. Two of the biggest unknowns are how he responds to the likely setbacks in the midterms (it may be a blessing in disguise if heâ€™s not so tied to Congress), and who his opponent is.

Palin appears to be the most credible candidate capable of harnessing the Tea Party activism (those who donâ€™t think sheâ€™s credible generally said the same about George W Bush and he won twice). Ex-Speaker Newt Gingrich is a possible alternative but heâ€™s been out of front-line politics for over a decade and his candidacy, if it happened, would have more than a whiff of an ego-driven last hurrah. So it wonâ€™t. After them, the front-runners get ever more solidly establishment.

Establishment but not necessarily strong. 2008 leftovers like Mitt Romney and Mike Huckabee may run again but itâ€™s doubtful if theyâ€™d do better. The factors that kept Huckabee out of the game will still apply and Romney, who would have been the best GOP choice last time round, had he run a competent campaign, has worsened still further his reputation for saying whatever it is he thinks the relevant electorate wants to hear. If the GOP establishment is to get one of their own, someone like Gov Mitch Daniels of Indiana (25/1 with Ladbrokes and Paddy Power to win outright, 14/1 with Victor Chandler for the nomination) would be a better bet.

Those are tasty odds but so is the 14/1 for Sarah Palin with William Hill to win and 5/1 for the nomination offered generally. Itâ€™s worth remembering that Obama did not win a landslide. He won a huge number of votes but it wasnâ€™t anything like the Electoral College pounding meted out in 1964, 1972 or 1984, and putting back together his coalition of voters after the disappointments of the last two years will not be easy.

The Tea Party is trying to make 2010 the Year of the Little Man. The extent to which they succeed will go a long way in determining the sort of fight the 2012 elections will be.