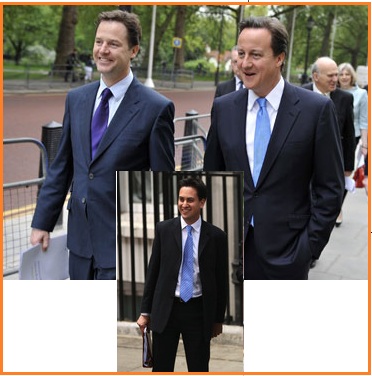 Has the FT’s George Parker got this one right?

I’ve just caught up with a perceptive piece by the FT’s George Parker on the Labour leadership race.

He goes through the merits and shortcomings of the contenders and then concludes:-

“.. David is the choice of those at the top of the party, who are keen to return to power. Alone, he has talked about rebuilding the coalition that won the party three election victories from 1997. His handicap is that this tags him as the Blairite choice. So his willingness to admit Labour must have its own ideas about reshaping the state has been tempered by an anxiety not to offend party activists.

Ed, the younger Miliband, who could yet win as everybodyâ€™s second choice, has offered mostly mush â€“ policies and promises calculated to make the party feel good about itself and about his candidacy. Few of the voters who deserted Labour at the election will be persuaded by a declaration that he was against the Iraq war.

By choosing David Miliband, Labour would be saying it wanted to win back Englandâ€™s aspirant classes â€“ that it was still serious about power. But the partyâ€™s heart could yet rule its head. Mr Clegg â€“ and Mr Cameron â€“ are cheering on the younger of the two brothers”.

I think that Parker has got this one right and if it goes according to the YouGov poll then Nick and Dave will have cause to celebrate.