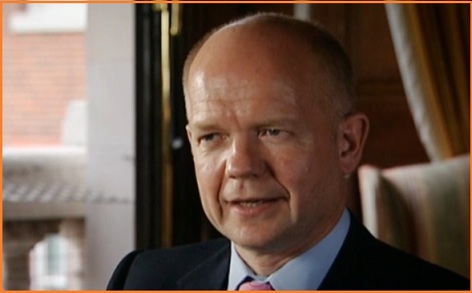 Is he now value for Tory leader?

Just as you can buy bargain stocks in the midst of a stock market panic, there is rarely a better time to bet on a politician than when they are seen as being in trouble. Of course, if the trouble is serious then they might be best avoided, but sometimes the damage to a politician is more shallow than it appears. Taking advantage of the maxim “markets don’t react: they overreact” I wonder if it might be time to put some money on William Hague.

There has been much discussion of his decision to hire a 3rd Special Advisor, 25-year-old Durham graduate Christopher Myers, who acted as his driver and aide-de-camp during the General Election campaign. In appointing Myers, more long-standing staffers like pressman Will Littlejohn and speechwriter Chloe Dalton and foreign policy experts were not chosen, which raised some eyebrows and probably more than a few hackles.

Myers has since resigned, and Hague has put out a very personal statement attacking as lies any implication that his relationship with Myers was anything other than professional. Guido Fawkes and Iain Dale are at loggerheads, and once again (as with David Davies’ bizarre resignation from the Shadow Cabinet) Mike Smithson’s holiday co-incides with talk of David Cameron losing his most senior colleague in odd circumstances.

Extraordinary claims need extraordinary evidence, so unless Guido is able to show proof that Hague has lied, I think most newspapers will be cowed by the threat of legal consequences (if not their dubious consciences) into letting this story die. This will be marked down as an ill-advised hiring decision, and likely lost in the sympathy for Hague’s recent personal tragedy. The prospect of the resignation of the Foreign Secretary, over which some were salvating earlier this week, has passed.

But what of the markets? Well Hague’s price for Next Conservative leader on Betfair has moved from around 4/1 out as far as 33/2 and now settling (with Ladbrokes price) at around 10/1. Ladbrokes odds have him now as a less likely choice than Boris Johnson, George Osborne, or Michael Gove: he is in the same price bracket as Liam Fox and Rory Stewart with Betfair. If there were a liquid “Next PM” market available, you’d probably get a much better price than that.

I think this is crazy. William Hague is not only Foreign Secretary, but as First Secretary of State de jure the next in line to the Prime Minister (Deputy PM was traditionally a colloqiuel honorific accorded some First Secretaries – this is the first time the titles have been separated). As Jeremy Paxman reminds us, in ‘The Political Animal’, it is odd that Hague was the first Conservative Party leader since Austin Chamberlain not to become PM, given he achieved the totemic “Quadruple” (JCR President of Magdalen College, Oxford University Conservative Association President, President of the Oxford Union, and getting First Class Honours in PPE). With respect, the other candidates are not (yet) quite in his league.

Boris is not in Parliament, Osborne and Gove are less-palatable (to the party) members of Cameron’s inner circle, Rory Stewart is a freshman MP, and Liam Fox is reputedly to the right of Attila the Hun. If Cameron were to cease to be PM tomorrow, or at any point in the next five years at least (perhaps longer), there is almost no chance that anyone except William Hague would be asked by HM the Queen to form a government.

A fair price on Hague as next Tory leader would probably be between 5/1 and 6/1 – whilst 10/1 or better is available, and as long as nothing more damaging is revealed, I think he’s the value bet of the day.

PS – it should go without saying, but in light of the contested nature of allegations the Foreign Secretary has decried as unfounded, please be careful in the comments not to say anything that might be contrued as defamatory or libellous. Mike is away, and moderation may be slow in his absence, so please help the duty editors out by erring on the side of caution.