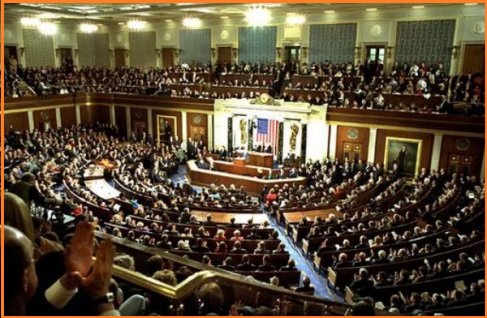 Will Obama lose both the House and the Senate?

So with Our Genial Host taking a well-deserved break in France, the inevitability of major political news breaking in the coming days is assured. We’ll try our best to be as responsive to news stories as possible (though I suspect Tony Blair’s book – with all proceeds going to the Royal British Legion – will dominate today’s news cycle), but hope I’ll be forgiven for kicking off with a quick preview of the US midterms coming up in November.

Midterm elections are always feared by first term Presidents, and though Obama’s personal approval ratings are reasonable (mid-40s), his party is facing a terrifying picture. Nate Silver, whose FiveThirtyEight.com blog is now hosted by the New York Times, reported on a remarkable poll yesterday, in a post which is worth a read in full.

Gallup have conducted a generic party ballot poll (ie national poll, just asking which party the voter will support) since 1942, and for the first time the Republicans have a full 10-point lead. As Nate points out, a 5-point deficit was newsworthy and worrisome for the Democrats in the Summer – now it is looking like the norm. What makes this even more remarkable is that Gallup polled 1,450 Registered Voters – limit the sample to Likely Voters, and the Republican lead increases by an estimated 4-points.

With a hat-tip to Stars&Stripes on the previous thread, a University of Buffalo professor is predicting the Republicans will win 51 seats from the Democrats – just 38 would see them become the majority for the first time since 2006.

So are the Democrats going to lose both chambers of Congress? The markets suggest that the House is lost but the Senate is safe. It would take the Democrats losing Barbara Boxer in California and Russ Feingold in Wisconsin for the GOP to take the upper house, assuming they hold Kentucky (where Rand Paul is proving a little gaffe prone), win Florida (where Rubio is also running against Independent former Governor Charlie Crist), and see Sharon Angle overcome Senate Majority Leader Harry Reid in Nevada (which would be America’s “Portillo moment”!).

I remain a little skeptical about Republican John Boehner becoming Speaker. He is no Newt Gingrich, and there is no resonant “Contract with America” theme as there was in 1994. Obama has not had as difficult a political time of it as Clinton did with Hillary-care, and the GOP is far from united – if anything, the unsettling vibrancy of the Tea Party movement means that it is less cohesive at the moment than the Democrats (which is remarkable).

I expect the Democrats to hold the Senate (if not by much – maybe with Chuck Schumer of NY as Majority Leader if Reid falls), and think 1.55 on Betfair is still good value (as is 3.2 on the Dems in Kentucky). I’d probably bet on the Dems to hold the House as well – I’m not convinced they will, but the Republicans are too tightly-priced at 1.36, and 3.15 for Pelosi to stay as Speaker is a far better bet.