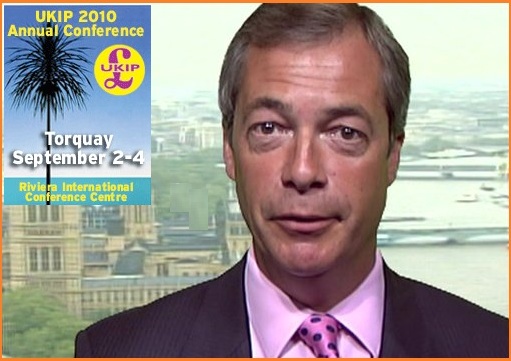 Is he’s going to run to get his old job back?

So far there’s been very little activity on the next UKIP leader market and only Ladbrokes have deemed it important enough to quote prices and lay bets.

At the moment everybody’s waiting to see if ex-leader, Nigel Farage, will enter the fray in the fight to head the party that came second in the 2009 Euro election.

Farage, as will be recalled, stood down in order to devote himsellf full-time to unseating Speaker John Bercow in Buckingham – an effort that ended in disaster in more ways than one. For not only did Farage end up a disappointing third in that fight he was involved in a light airplane crash on polling day.

He says he’ll announce whether he’ll run for the leadership at next week’s conference.

If he does then I think he’ll win. The Ladbrokes evens against Farage winning is almost about whether he’ll take the plunge. It is probably worth a punt.