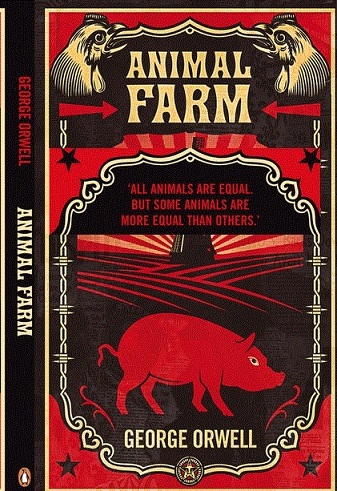 Should some animals be more equal than others?

One of the aspects of Labourâ€™s leadership election that has not really been questioned is the system itself. For unlike what has become the norm in other parties the choice of Labour leader is not determined by a membership ballot in which all votes have equal value.

Instead different values are attached to each vote depending on whether you are an ordinary member, an MP/MEP, or you pay the political levy to your trade union.

For just like in George Orwellâ€™s Animal Farm with the Labour party â€œall animals are equal except that some animals are more equal than othersâ€.

For in terms of electoral power an ordinary Labour member has just one third the impact of a Lib Dem, Tory or other UK party member. And an individual Labour MPâ€™s vote is equivalent to the views of several hundred ordinary party members.

This is because, unlike the other parties, the members are allocated just a third of the electoral college – the same as the 270 MPs and MEPs.

For the trade unionists who’ll get ballots their influence is even further reduced. If a million of them vote then it will take nearly 4,000 of them to equate to one MP.

On top of that MPs also have votes as party members, and as trade unionists – so multi-voting is widespread.

Given the power that MPs have in controlling who is nominated I wonder whether they’ve got far too much influence on the process.

The Tory system involves MPs staging a series of ballot to decide which two names shall go forward to the membership ballot and it is this that is sovereign. Lib Dem leaders are elected by the membership alone but the nominations are controlled by MPs and there’s a minimum number that are needed.