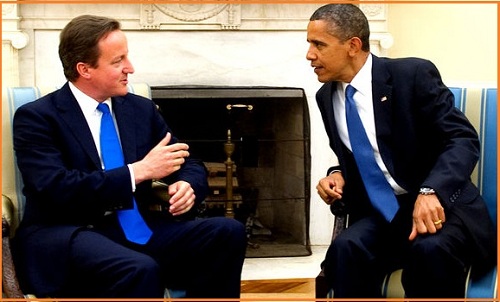 Do Dave’s trips indicate a big change of emphasis?

Julyâ€™s been a busy month for David Cameron on the foreign affairs front with visits to the United States, Turkey and most recently, India. In all three, heâ€™s been effusive towards his hosts and strongly positive about relations between Britain and the countries heâ€™s been in. Thatâ€™s all par for the course in diplomacy. Whatâ€™s much less so is the strength of his criticism directed elsewhere: implicitly towards France and Germany for blocking Turkeyâ€™s application to join the EU, and overtly towards Israel over Gaza and Pakistan over terrorism.

There are of course various different games all going on at once here. The point about Turkeyâ€™s membership is in part the kind of tactical positioning that often goes on in the EU, ensuring that someone else takes the blame for blocking reform or development. Itâ€™s also about frustrating federalist ambitions.

Taken together though, thereâ€™s a strong indication that the government is looking to significantly refocus Britainâ€™s foreign policy priorities, away from the legacy of the second half of the 20th century and towards the expected developments of the 21st.

Despite his â€˜junior partnerâ€™ comments, itâ€™s notable that various members of the government have been quite firm on seeing 2015 as a deadline for withdrawal from Afghanistan (which is, it has to be said, well over a decade after the 9/11 attacks), a timeline which looks independent of American priorities. Itâ€™s difficult to imagine Tony Blair making that kind of remark or being so outspoken about Israelâ€™s actions in Gaza (something that will also have been noticed across the Atlantic).

The criticism of elements of the Pakistani authorities for their ambiguous attitude towards terrorist elements in their country ties in with the Afghanistan situation but also contrasts both with his statements in Turkey – a very different kind of Islamic country – and the regional superpower, India. Itâ€™s not difficult to see what the increasingly important relationships of tomorrow are seen as being.

Those relationships are with the rising powers where there should be some degree of affinity and shared interest. Turkey and India are, unusually for their regions, both democracies, both relatively secular, both growing economically, both have geopolitical instability and threats on their doorstep and both are big – if it joined, Turkey may have the biggest population in the EU within 20 years; India has comfortably more people than the EU and USA put together.

All this isnâ€™t to say that the old priorities will no longer be seen as important. For one thing, thereâ€™s the geographic fact that the UK is a European and Atlantic country. For another, the EU, NATO and historic ties arenâ€™t going to simply disappear. Even so, the visits and the (un)diplomatic language suggest at least a loosening of those old alliances in favour of a more multi-tiered approach. Not before time, some will say. Perhaps so, but difficult and potentially dangerous manoeuvring which will call for careful handling at high levels, especially when there are already more than enough obstacles to trip up the government on the home front.