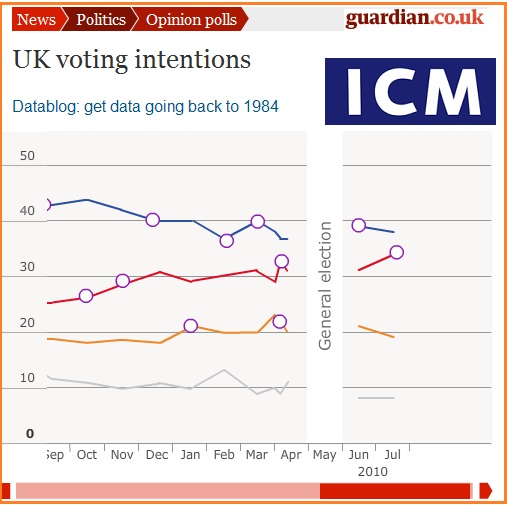 Have the figures been published inadvertently?

My understanding is that the Guardian might be holding over its latest ICM poll because of its Afgan leaks coverage but thanks to Tim on the previous thread we can make a good guess at the numbers anyway.

For it appears that the latest numbers, based on polling over the weekend, are included on the interactive graphic which I’ve reproduced above.

This will provide much relief for the yellows, please the reds but be a disappointment for the blues.

UPDATE: I’ve changed it to Labour at 34.

The Guardian has now published details of the poll and the figures that we had here earlier in the evening have been proved to be correct. See Julian Glover’s report here.