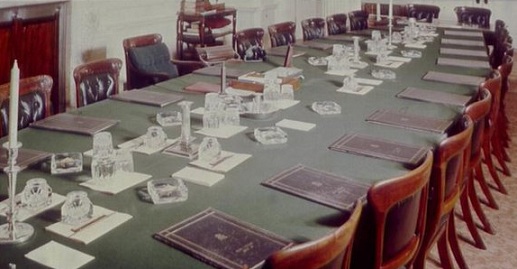 Who will be the next to leave the cabinet?

Betting on cabinet casualties is punting for the brave, the stupid or someone with inside information. So if you are a Cabinet Ministerâ€™s secret lover, you can probably skip this post. Brave and stupid punters – read on.

Paddy Power is the only conventional bookmaker with prices at the moment.

As you can see, not all ministers are quoted, note that market does not apply to a ministerial reshuffle or a General Election.

So where to start? Well obviously, with some rash assumptions. Lets rule out those four groups Cameron will be most inclined to protect

First, the Lib Dems – The initial cabinet casualty was a Lib Dem, they are struggling in the polls and Cameron will be desperate not to lose another one.

With a limited pool of replacements to choose from and rumblings amongst Lib Dem activist that they have already given up too much Dave will be inclined to try and keep the present personnel in place. Huhne and Cable head the betting, they are, I think false prices. Cable has been favourite from day one, seemingly on the basis that he has a Labour past and looks a bit grumpy sat next to Tories, thatâ€™s not how I see it.

When the Cabinet went to Bradford he looked likely an endearing uncle taking his nephew on his first bus trip and yesterdays announcement on a graduate tax should also heal a possible fracture on tuition fees. Huhne has survived his moment in the tabloids. Clegg is only likely to leave the cabinet if the coalition breaks up.

Second – Women â€“ Cameron is well aware that he has appointed very few female cabinet ministers, some of this of course was a consequence of the Lib Dem input into the cabinet, but even so I canâ€™t see him wanting to lose anyone outside of a reshuffle.

Third â€“ Daveâ€™s mates. The expenses scandal showed Camerons ruthless side with Tories who didnâ€™t fit the image of the party he sought to project. What it also showed were the more lenient standards applied to those close to him, seen as vital to the modernisation of his party.

Fourth â€“ State Educated Northern Englishmen.. I am sure that Cameron is sensitive to the charge that the coalition looks overwhelmingly southern, and private educated.Unless they are caught with the Yorkshire Cricket Club Cheerleaders in a Barnsley hot tub, we can surely rule out William Hague and Eric Pickles. Ken Clarke looks like heâ€™s enjoying his prison reforms and having a lot of fun winding up the Daily Mail.

So who is left? I appreciate that category three in the list may be subjective, but Iâ€™m left with Iain Duncan Smith, Andrew Lansley, Owen Paterson, Philip Hammond, Andrew Mitchell and Liam Fox.

All of these I believe have some potential. Duncan Smith will fight his corner, Lansley has a rather ill defined restructuring of the NHS to steer through parliament, Hammond vs Boris over Crossrail may be fractious and Iâ€™m sure Andrew Mitchell will be on the look out for any watering down of the aid pledge. Paterson in his NI canâ€™t be ruled out.
But for me thereâ€™s one real favourite and that is Liam Fox.

Reportedly placed on the â€œnaughty stepâ€ by Cameron this week,

Fox is considered an unsackable representative of the Tory Right by some. Perhaps it is that very fact which makes him most inclined to walk the plank, as he still harbours leadership ambitions, coalition unpopularity combined with a defence cutting exercise his support base will hate, may just convince him that the sack race is one he wishes to win.

Unfortunately the odds on Fox have halved over the last month, hopefully more bookmakers will price up the market.