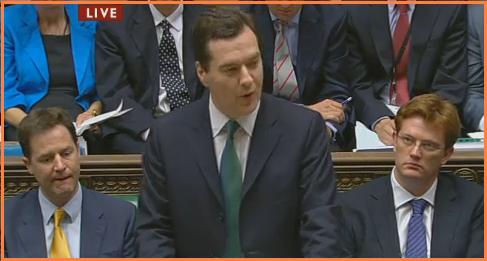 Are the yellows the coalition’s “weakest link”?

The fury that’s come from Labour against the Lib Dems today has been a sight to behold – and a reflection of why an LD-LAB deal after the election was never going to happen.

First we had the massive barracking of Clegg at his first Deputy PMs questions only to be followed by Labour’s response to Osborne’s budget.

The question now, though, is whether the high-tempo Labour budget attacks are going to resonate and start to see serious erosions in the Lib Dem polling shares?

The problem for oppositions is that so much of the coverage of budget statements ignores their responses but is focused on the changes that are being brought and an analysis of what they mean. This is one of those days when people want information and that’s what the media provides.

So how much notice will be paid to Harriet Harman’s rant against arguing that the LDs had “….denounced early cuts, now they’re backing them – how could they support everything they fought against, how could they let down everyone who voted for them?”

Ultimately the big matter is whether the coalition’s attempt to pin the blame on Brown’s Labour government will continue to stick. The pre-budget polling suggested that they were succeeding – will they be able to continue?