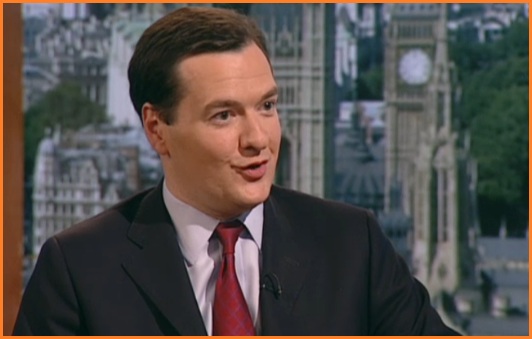 Will the budget be less painful than its advanced billing?

Just a day to go before the first budget of the new government and many of the papers are speculating over some of the horrendous things that they think that George Osborne will be announcing.

But is the awfulness of what the coalition’s planning being talked up so that the reaction tomorrow afternoon is that it’s not as bad as was feared?

It wouldn’t be the first time that expectations management has been the key objective of the budget build up – Mr. Brown, used to be a past master. Iain Martin of the Wall Street Journal could be on the right track in an overnight blog post.

He notes that Osborne and Cameron have “.. have gone out of their way in interviews etc to emphasise how jaw-droppingly, epoch-definingly awful and frightening itâ€™s all going to be – taxes through the roof, spending slashed, benefits battered, children in the north denied shoes. Then, when itâ€™s slightly less awful than billed, Team Osborne clearly hopes a sigh of relief will be breathed and people will give him the credit. Letâ€™s see..”

Osborne has always been good at the big set-pieces and springing surprises. His conference speech in October 2007 played a big part in changing perceptions ahead of the general election that never was and remember how in April his national insurance plan so dominated the early days of this year’s election campaign.

So as well as being a major economic event the statement is going to be hugely political. Osborne’s will, I suggest, try to ensure that Labour doesn’t just get the blame now for what’s being done but continues to get it for years to come. In many ways the 2015 general election campaign starts tomorrow afternoon.

Osborne is likely to be helped massively by two things: Labour’s internal focus on its leadership election and, of course, unlike Labour chancellors there will be only one major opposition response. Lib Dems now sit on the government benches.

Later today we should see what someone on the thread yesterday described as “budget bingo” bets being announced by the bookies. These are always great fun though with a new government and a new chancellor it’s going to be a lot harder with some of the predictions.