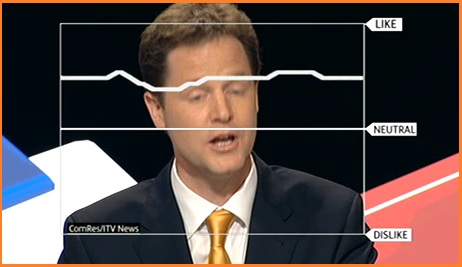 Is Michael Ashcroft right to vent his spleen?

According to the News of the World’s political editor, Ian Kirby, the Tory fundraiser who became the target of Labour attacks, Michael Ashcroft, is writing a book in which he’s hugely crititcal of the Tory general election campaign and David Cameron’s leadership.

A particular focus is said to be “the decision to put David Cameron alongside Gordon Brown and Nick Clegg in the three TV debates.”

Ashcroft is right about their impact and there is no doubt that they helped to propel Nick Clegg into the public’s consciousness. And even though the yellows ended up with far fewer votes than the final polls suggested they helped the party secure a bigger share than in 2005 and almost certainly kept their net seat losses down.

But is it realistic to suggest that Cameron had it within his power to stop Clegg taking part?

The guaranteed campaign coverage rules for broadcasting, surely, would have made it almost impossible to keep the third party out. Once the debates were happening Clegg was going to be there.

And given that Cameron had called for them in the first place it would have been very difficult to pull back once they had Brown’s backing.

The big problem for the Tories was not the debates but the fact that after after all the problems for Labour of 2008 and 2009 the party made a remarkable recovery in the first three and a half months of 2010. After going through a period when getting out of the 20s in the polls seemed impossible they were hardly out of the 30s until that first debate in Manchester on April 15th.

In fact such was the view that Brown’s party had recovered that when Ladbrokes opened its’s “will they make 30 or not” market the yes option quickly became a tightish odds on favourite. All changed with the debates.

So the real loser from the debates was Labour. The events stymied the party’s 2010 recovery and helped set the overall media agenda until the final week.