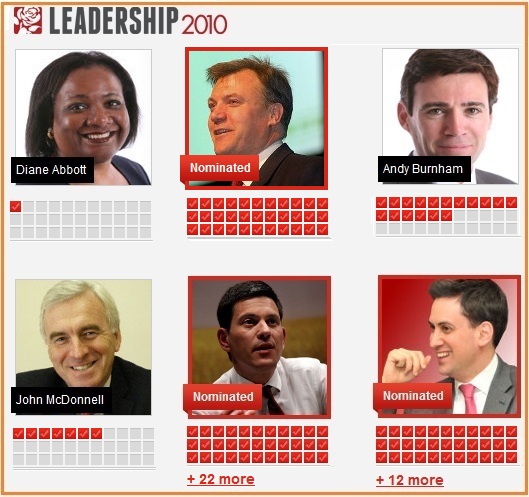 Would EdM benefit if some of his surplus switched to John/Diane?

The first day back after the long weekend and it’s starting to look as though Labour’s leadership election will be confined to the Two Eds and Dave.

Andy Burnham is continuing to struggle while left-wingers, Diane Abbott and John McDonnell, look to have almost no chance of securing the 33 nominations required to get them on the ballot.

From the perspective of the Labour movement is it healthy to have a race with no obvious left-winger on the ballot? Having McDonnell or Abbott would mean that one small, but key, section of those eligible to vote would have a flag-carrier.

McDonnell was stopped three years ago when Brown supporters mopped enough MPs to prevent him standing. For it to happen a second time could add to the sense of grievance.

Might it be in Ed Miliband’s interest, I wonder, to promote the idea. He could suggest that some of his surplus nominating MPs could switch – for the good of the party.

Given that the exhaustive vote system means that this will be decided on second and third preferences such a move could help him pick up those key choices.