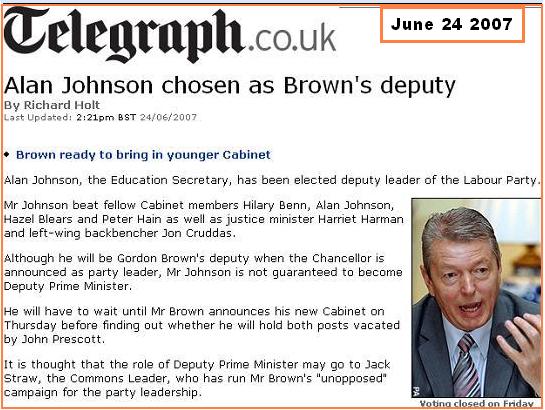 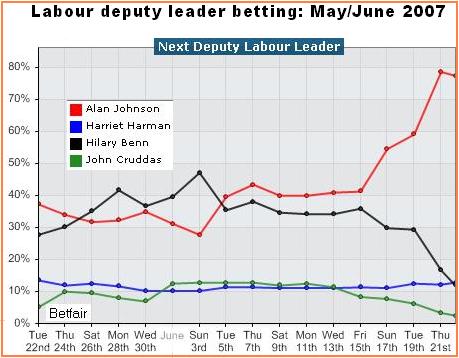 As we embark on the contest to elect Gordon Brown’s successor let us just remind ourselves of the mess that most pundits and punters made of the deputy election in 2007. All the money was on Alan Johnson who became a very tight odds-on favourite. Nobody gave Hattie a chance.

This was held under exactly the same rules as Labour will use in the coming encounter which, as can be seen, can make prediction very tricky indeed

Three years ago I backed Harriet Harman at about 10/1 because of my reading of how the election dynamic would work. She might not have done so well on first preferences but it looked likely that she’d be in most people’s top three.

The lesson from that is to work out is who’ll get the second and third preferences from contenders likely to make the final three. That’s how Harriet did it three years ago.

My reading is that the more runners there are the bigger the task facing the current odds-on favourite, David Miliband. At the moment it looks like the two Milibands, Ed Balls, Andy Burnham and John Cruddas – the only one on the list who stood in the deputy race.

If Alistair Darling put his hat into the ring I can see him picking up a lot of second preferences.