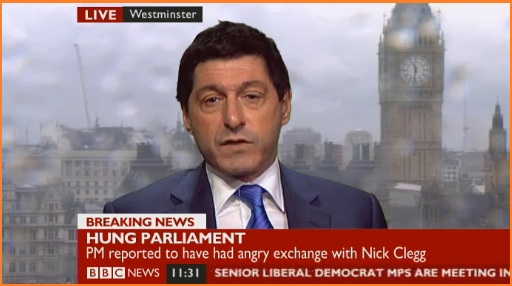 A big development in the last few minutes is a report on the BBC of a conversation between Gordon Brown and Nick Clegg last night in which the prime minister’s approach was described as a diatribe and hardly conducive to possible future working.

The source was a “prominent Lib Dem” who also said that the Clegg-Cameron talks had been convivial.