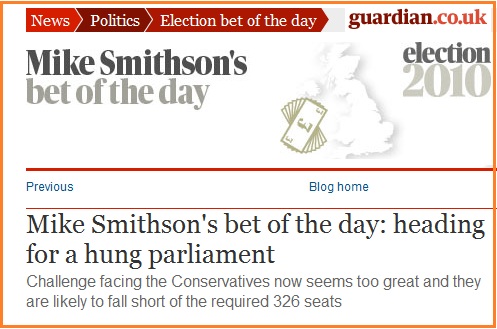 But could this change with the final polls?

Almost every day for the past four weeks I’ve been producing a “tip of the day” for Guardian. Looking back some have been winners already – the TV audience for the first debate and which of the three would get the highest numbers. Some look like losers now but seemed a good idea at the time.

One which I think will turn out to be profitable is the turnout being above 70%. When I tipped and bet on this it was at 7/2.

What I have avoided until this morning was a view on the overall outcome. I’ve now come down on the side of NOM – though that could change when the final campaign polls have been digested.