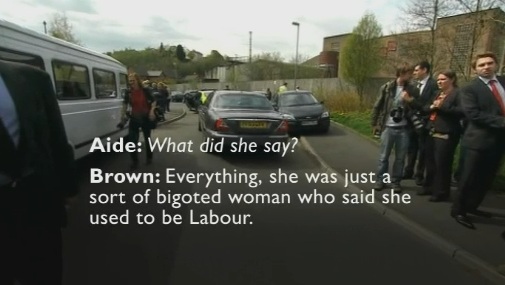 What’ll it do to his plans to stay on?

In recent weeks Mr Brown has made a number of comments suggesting that he might want to stay on as Labour’s leader even if his party loses power May 6th.

He’s shown in the past that he’s a formidable force to deal and without this afternoon’s events in Rochdale he might just have stood a chance of remaining.

But this, surely, changes everything for it highlights he overwhelming weakness – the difficulties he has dealing with ordinary voters.

This evening: I’m off out to dinner and will be away for a couple of hours. An ICM poll of Lib Dem marginals is due as well as the regular daily surveys.