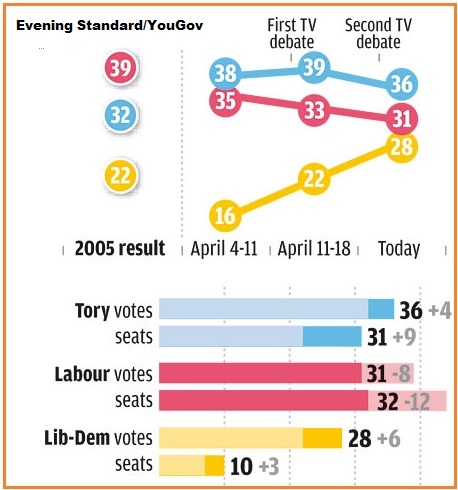 How the LDs are progressing in London

This is how the paper is reporting its new YouGov poll tonight:-

“Nick Clegg’s surge is rewriting London’s election map, an exclusive poll for the Standard reveals today. It points to the Liberal Democrats snatching three seats from Labour and denying David Cameron victory in three target seats crucial to his hopes of an outright majority.

The numbers are above and show that what’s happening nationally is being repeated in this major city/region.