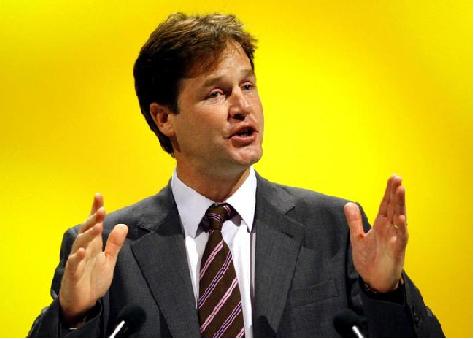 So, the first round of debates is over, and by a clear margin all of the major post-debate polls have declared Nick Clegg to be the winner. (For what it’s worth, I thought Clegg was slightly ahead of Cameron, and both were well ahead of Brown.)

So what happens now? We’ve already seen a Lib Dem bounce of four points in today’s YouGov – how will Clegg’s debate performance translate into the Lib Dem vote share in the next round of polling? And can he perform similarly well in the remaining two debates, or will the other two leaders be trying even harder to neutralise him?

An interesting betting market now (is anyone offering it?) would be which of Labour and the Lib Dems will finish higher in the GB popular vote. My money would still be on Labour, but has tonight’s performance opened up a real possibility that the Liberals might actually finish ahead of one of the big two in the vote share for the first time since the 1920s?

Or will tonight prove to be a blip, a high water mark in the campaign for the Lib Dems, and three weeks from now their supporters will be ruing a golden opportunity missed?

The Election Game, covering over 30 countries, is at www.electiongame.co.uk