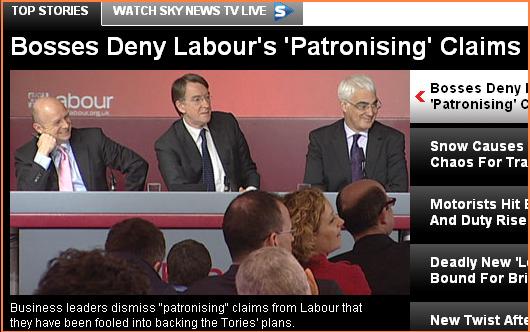 With just five days to go before the election is expected to be called there’ve been furious exchanges over a letter from business leaders about the impact on jobs of the NI changes.

It started when Peter Mandelson declared that the bosses had been fooled into backing the Tory plan.

In a fast moving news cycle two of the bosses have now hit back at what they describe as “patronising” claims.

All this during a single morning and a taster of what the next 27 days will be like.

In previous elections such a story might have lasted a couple of days. Now with all players immediately contactable through their Blackberries the world is very different.

All sides are going to have to get used to the pace of 2010 campaigning.