John Rentoul writes a post on his blog about the recent Manchester academic conference when all those making predictions said it was going to be a hung parliament.

This has prompted me to dig out this MORI poll of nearly 300 politics dons taken in October 2006 only nine months before Mr. Brown became prime minister.

Remembering that this was October 2006, they were asked to give their forecast for the general election. Notice in particular what the personal preferences of the dons were. 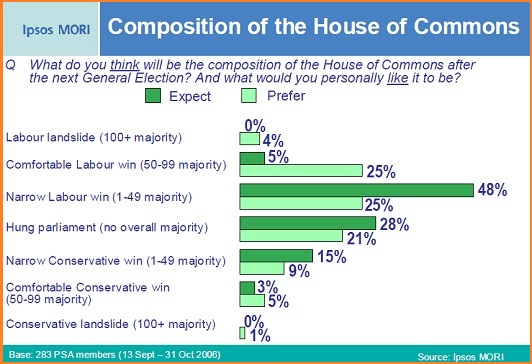 At the time this survey was carried out, October 2006, Populus was reporting that Cameron’s Tories would have an 8% lead if he was facing a Labour led by Brown. The standard voting intention findings that month from the firm had the gap at just one percent.

At the time I was arguing strongly that the “named leader” findings were a better guide to the election outcome than the standard voting intention numbers.

Others questions about the role of chancellors and in one they were asked to rate which post-war Chancellor had done most to bring economic stability. 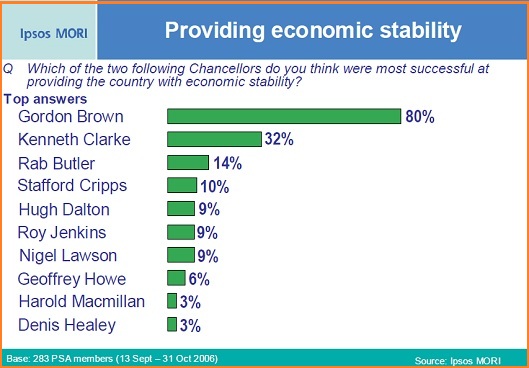 Another slide contained the responses in relation to economic legacy. 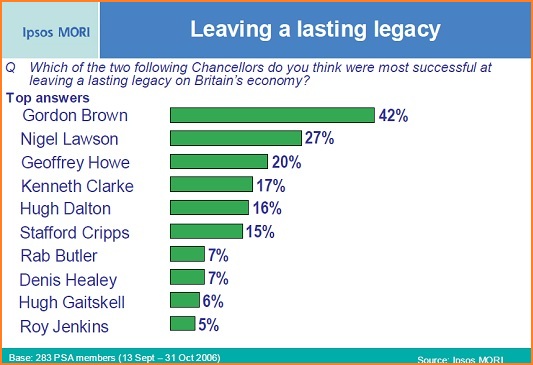