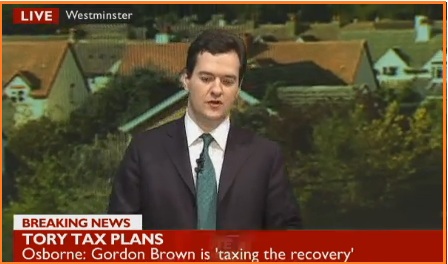 Did Darling’s budget provide him with the peg?

Making tax announcements so close to the date is a big risk and no doubt Labour will be working hard at finding the holes so they they can start to undermine it straight away.

But the line that Labour has identified billions of efficiency saving as revealed in Darling’s budget gives the Tories some cover – at least for the next few hours.

The addition of Ken Clarke alongside Osborne and Hammond at the press conference was telling.

This NI cuts – efficiency saving argument looks set to be the key to this election.