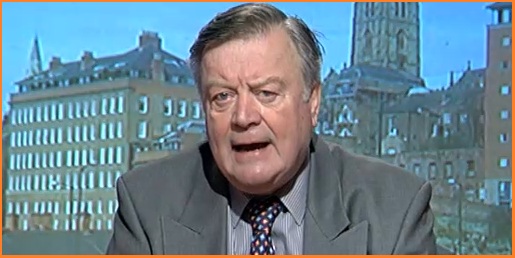 Just after 4am yesterday morning I was skimming Monday’s overnight thread to get some ideas for my Tuesday morning post when one thing suddenly struck out – a comment saying that SkyNews were reporting that Cameron was going to re-shuffle the shadow cabinet in response to the declining poll ratings.

I wrote that although this would smack of panic the timing could not be better because the news would get swamped on Wednesday by Darling’s pre-election budget. I also started speculating about who would go and placed a bet at 16/1 with Ladbrokes that Ken Clarke would be the next chancellor.

Alas within a short time the story got retracted and I thought that the best move was to delete the post and the thread which by then consisted of just eight comments.

But the thought and my bet remain – could a Cameron victory see Ken Clarke return to the job he occupied in the last Tory government.

It all seems so logical – Ken could bring immediate stability to the markets and he is the only person who, according to one poll, is rated for the role at a higher level than even Saint Vince.

I’ve been impressed by Ken’s performances in recent weeks and it is no accident that he’s going to be a key player in the Tory line-up for the campaign. Could Cameron find another key role for his old friend and closest colleague, George Osborne? Maybe – foreign secretary with Hague becoming leader of the house – a critical role if the parliamentary arithmetic is tight.

Clarke would also add a level of continuity to an incoming Tory team and Cameron would be seen, from the very start, to be asserting his authority.