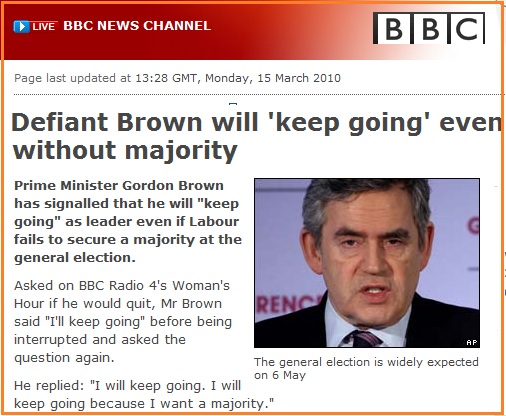 What this going to do to the leadership betting?

A couple of month ago I started ploughing money on the post-December 31 2010 option in the Brown exit date betting after the PM had made comments similar to his interview on Woman’s Hour this morning.

Even if he’s defeated and Cameron has a majority it’s seems clear to me that he is not going to give up the job he strove after for so long.

Most of all what is it going to do the the Labour leadership markets which have been active for so long?

There is a view that a defeated Labour simply would not allow Brown to carry on. It’s also said that if the party fell short on seats and needed the help of the Lib Dems then the price of that support would be Brown’s scalp.

But don’t underestimate Brown’s sheer resilience if he does decide to continue. I think that I’m going to win my bet.