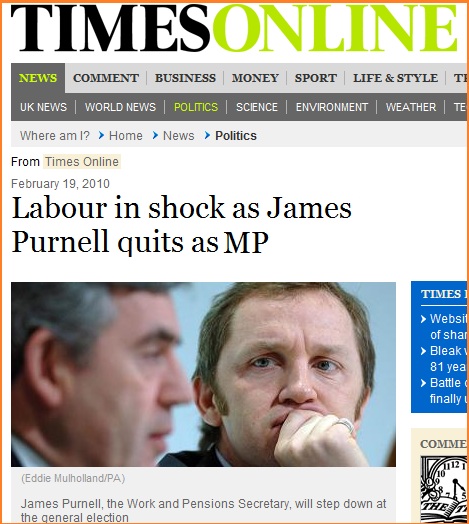 Could Purnell become a thorn in the side of Brown Central?

News has just come in that the one time Labour leadership contender, James Purnell, is to stand down at the general election.

It will be recalled that the former Work and Pensions Secretary resigned from the cabinet as the polls closed on June 4th 2009 in a move that appeared designed to put pressure on Brown.

He was expected to have been the flag-carrier for the Blairite wing of the party in a post-general election leadership contest.

He had been heavily backed in the Labour leadership betting, including by me.

He’s only 39, telegenic and highly articulate. A real worry for Brown Central will be that freed from his political ties he could become an awkward “expert” who is sought out by the media for comment on the party.