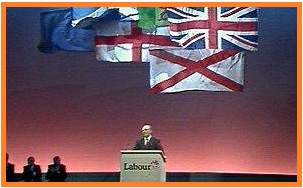 The more it seems likely the less chance of it happening

Over lunch today with three guys who were closely involved with my campaign at the 1992 general election – the only time I was ever a parliamentary candidate – we looked back to that remarkable campaign and the last really surprising national result.

The media narrative in the closing days was that the Tory government which had come to power thirteen years earlier was drawing to a close and the most likely outcome was a hung parliament.

This was, of course, driven by the polls which as we all know now were wildly out – it was their worst performance ever and although Labour over-stating has continued it has been on nothing like the same scale. In those final days, however, they just reinforced the view that neither Labour nor the Tories would secure an overall majority and we were heading for an indecisive result.

And looking back it was that perception, not helped by Kinnock’s Sheffield speech, which seemed to harden the views of softish Tories supporters. The notion of a hung parliament suggested uncertainty and did, I believe, prompt many marginal Tory supporters who might not have been bothered to actually turnout.

I just wonder whether the same might happen at the coming election. The notion that a government able to be decisive to cope with today’s challenges might take hold thus causing, like in 1992, changes in voting behaviour.

Now who would benefit if there was a polarisation? The easy answer is the Tories but, who knows, it might just be Labour.

The best bet here is to lay the hung parliament option in the Betfair overall majority market.