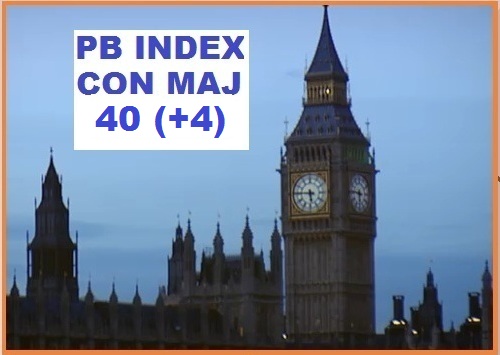 The Labour backers continue to stay away

Surprisingly, given, the latest ICM poll, the PB Index has seen a four seat upwards movement of the projected Tory majority. This has been mostly driven by changes in the latest prices from Sporting Index which now have CON 342 – 347: LAB 218 – 223: LD 53 -56 seats. The Extrabet market does not seem to operate at the weekend

So the roller-coaster February on the spreads continues with the market numbers being out of alignment with the latest polls when applied to a seat calculation on a strict UNS basis.

These might be pointing to a hung parliament but very few punters, it would seem, are ready to risk their hard-earned cash on it.

I just wonder whether Andy Cooke’s analysis on the previous thread might have had something to do with it.

Now available at the Election Game: