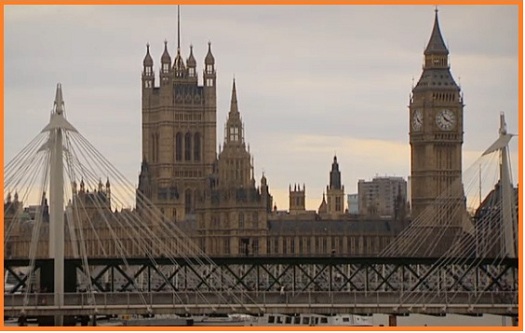 Could Brown hang on even if he loses his majority?

Scenario: 3pm on May 7th. The last few constituencies are declaring but the result has been known for some hours. For the first time in 36 years, no party has won an overall majority. Itâ€™s always been quite a strong possibility: if Labour lose more than about a couple of dozen seats they lose their majority but the Tories need to gain well over a hundred to win outright. Thatâ€™s a big gap. The recent polls, giving the Conservatives leads down to 7%, could produce just that result.

What would happen next? Understanding that could be key to various betting markets such as Next PM.

The simple answer is that the decision in the first instance lies with Gordon Brown. A prime minister remains so until he resigns or is dismissed and convention and practice is that that need only happen once the government is defeated on a confidence vote in the Commons.

There would no doubt be a lot of pressure put on him to resign if Labour lost their majority and even more so if they won fewer seats than the Tories but thereâ€™d be no compulsion to go.

In both 1892 and 1923, the Conservatives lost their majority but remained in office until they were defeated in parliament (they were, however, in each case the largest party after the election). Heath also briefly sought to retain office after February 1974 before concluding that it was hopeless. In that case, the Conservatives won fewer seats but more votes than Labour.

In reality, unless Labour was able to agree a deal with another party, itâ€™s unlikely that theyâ€™d be able to stay in office unless they had a decided advantage in seats. That the momentum of the election was against them (theyâ€™d lost seats, the Conservatives had gained them), and the Tory advantage in votes would be powerful arguments for the smaller parties to permit a change of government.

The West Lothian Question would also come into play. In practice, the occupant of Number Ten is not just the Prime Minister of the United Kingdom but also the First Minister of England. As Labour would enjoy a substantial advantage in Scottish seats, their mandate to implement and administer English legislation would be even weaker. In such circumstances, the dual and potentially conflicting mandates could complicate matters significantly (though would make no legal difference).

What other options might there be? Either large party could seek to form a formal or informal coalition with a smaller ally although history suggests that minority governments rather than coalitions are the likely outcome.

There is now more experience of coalition working than in hung parliaments of the past, with the Scottish and Welsh parliaments but whether the experience there would incline their Westminster colleagues toward coalition is another matter.

A theoretical possibility is that either a coalition or minority government could end up with a prime minister who is not a party leader. Thereâ€™s no constitutional requirement for a party leader to be appointed PM, only that they can form and maintain a government.

Usually, only party leaders can do that but in a hung parliament, it could be open to negotiation. Something similar happened in Wales after the 1999 elections, when the opposition parties effectively forced Labour to choose a First Minister more amenable to their tastes. That, however, was in a fixed-term, PR-elected assembly, where expectations are different. It also took nine months.

The final joker in the pack is a second election. Elections are granted at the monarchâ€™s discretion: itâ€™s one of the reserve powers. A request is normally a formality but a very early one may be refused – Wilson thought better of asking for a dissolution in Spring 1974 for that possibility. That said, thereâ€™s no guarantee either way.

All in all, the constitution is very flexible and the much bigger factors are the dynamics and personalities in play. It may not matter – most general elections result in a majority government being returned – but if it does, itâ€™s best to be clear about the rules of the game and the precedents when itâ€˜s been played.