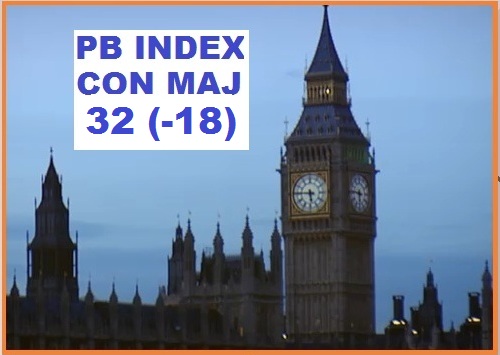 There’ve been some sharp moves on the betting markets in the wake of the latest polling. Our PB Index, which seeks to extrapolate a result based on betting prices, has the projected Tory majority at 32 seats – down 18.

This has been accentuated by the suspension of the Sporting Index political markets which had been showing higher Tory ranges and lower Labour ones than ExtraBet – thus exaggerating the move.

Which way is it going to go? Hard to say and really everything depends on the next round of polls. My sense is that the markets are waiting for a survey from ICM – the pollsters that punters, at least, seem to take notice of first.