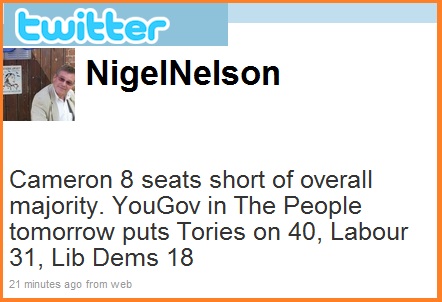 Will this ease the jitters at Cameron Towers?

So for the third YouGov poll in a row the Labour shares stays on 31% while the Tories recoup the two points that were lost in the overnight survey.

There’s not a lot to say more than that – it’s all within the margin of error – but this is about “The Narrative” and that has Cameron’s party back in the 40s.

This is all warming us up for the election campaign itself when there’ll be several polls a day.